A Comprehensive Solution for Investment Reporting

Our mission? Be the world's most trusted and comprehensive technology platform that simplifies the entire investment lifecycle...and eventually revolutionize the world of investing.

What do we stand for? We are:

Chief Executive Officer and Board Member

Chief Executive Officer and Board Member

Sandeep is the Chief Executive Officer of Clearwater. During his four year tenure the company has grown organically across its core industries, new geographies and in new markets. The company has built a disruptive SaaS platform, which combined with deep operational expertise has helped establish Clearwater as a leader in the industry. From a largely single office business, the company now has offices and operating centers around the world and serves large and complex global customers. The company did a public offering in Fall, 2021 and now trades under the ticker CWAN.

Previously, Sandeep was President and CEO of Headstrong, a leading solutions and managed services provider to leading financial institutions around the world. At the conclusion of his tenure as CEO at Headstrong, the company had several thousand employees with development centers across Asia, Europe, and the United States. Before Headstrong, he was a founder and partner of the consulting firm TechSpan, CEO of Virginia-based SkanSoft, and served for 10 years with the HCL group. Prior to joining Clearwater, Sandeep was Chairman of AIM Software in Austria, on the Board of Simeio solutions, and an Operating Partner at Welsh, Carson, Anderson & Stowe (WCAS).

Cindy leads both the transformation program and Human Resources function to make Clearwater Analytics a global leader in FinTech.

Cindy has over 20 years of experience working in companies undergoing transformational change. She has diverse and hands-on experience across the areas used to achieve large scale change, including mergers and acquisitions, organization and operating model redesigns, culture and employee engagement, and major systems implementations. Cindy started her career with Deloitte Consulting and spent 10 years with Boston Consulting Group (BCG). She has held senior leadership roles at CSC (now DXC Technology), Advantia Health, and Solera Holdings. She most recently founded Headpoint Consulting.

Jim provides executive-level leadership to guide Clearwater’s financial strategies across the global company. He has top-level experience in a broad range of technology business models with public and private companies and experience with strategic transactions and integration activities.

Prior to Clearwater, Jim served as CFO of Glassdoor, where he oversaw the company’s preparation for initial public offering, and served as CFO at Lithium Technologies and Advent Software.

Jim holds a Bachelor’s in Economics from Ohio University.

Souvik Das is Chief Technology Officer (CTO) at Clearwater Analytics, where he is focusing on building out the company’s SaaS platform with the latest enhancements. He has deep experience in building and scaling technology platforms and leading global engineering teams. Souvik was most recently CTO at Zenefits, where he led all product development, operations, infrastructure, information security, and information technology. He served as SVP of Engineering at Grand Rounds prior to Zenefits and prior to that served as CTO at Capital One Auto Finance (COAF), leading all of Engineering for the multibillion-dollar business unit. At Capital One, he successfully led the migration of COAF’s on-prem infrastructure to public cloud, and the modernization of COAF’s technical stack. Before that, Das spent a decade at PayPal, where he held a number of increasingly responsible management positions in software engineering including leading the Merchant Technology team, a global team of several hundred engineers.

Scott joined Clearwater in 2005 and has successfully served in a number of roles leading multiple Clearwater departments. This experience has given him a deep understanding of client needs and current market challenges. After starting as a Client Account Manager in 2005, he transitioned to lead the team as the Director of Client Services in 2008. Scott’s background solving client needs to enhance their overall experience led him to start the Product Management team in 2010. Scott served as the Director of both Client Services and Product Management starting in 2013, and achieved record sales numbers as Director of Global Sales during 2016 and into 2017. As President, Americas and Asia, Scott’s primary focus is ensuring the support and success of Clearwater’s growing clientele.

Emmanuel Fougeras has been the President, CEO, and founder since 2006 of JUMP Technology, the software vendor of the JUMP Front to Back solution.

He single-handedly developed the first version of the JUMP software and its first Risk Management module. He then recruited very talented collaborators and built with them JUMP into one of the European leaders in its sector. He has personally contributed to all areas of the company (technology, product, finance, legal, HR, marketing, and sales).

Emmanuel holds an engineering degree in Cognitive Sciences and Advanced Computing from the French school EPITA as well as a MSIT master’s degree from the schools HEC and Mines de Paris. He has two children and lives with his family near Paris, France.

Susan received her bachelor’s from the University of Pittsburgh with a focus on Mathematics.

Heather McClellan is the Chief of Staff at Clearwater Analytics, where she plays a critical role working directly with the CEO in creating efficiencies by maximizing reach across the organization, managing strategic priorities, and supporting relationships with key stakeholders.

Heather spent much of her tenure at Clearwater working directly in Client Services as a Team Lead, overseeing Clearwater’s relationships with both Bermuda and U.S. Insurance clients. Prior to Clearwater, Heather spent seven years working in asset management at Russell Investments, both in Operations and Quantitative Portfolio Management.

Heather has a Bachelor of Arts in Economics from Linfield University (OR). She is based in Boise, Idaho where you can find her running through the foothills with her dog.

As Chief Quality Officer James is responsible for driving quality throughout the organization through controls, automation, improved testing, and advanced reporting. James joined Clearwater Analytics in November 2004. Previous to his current role, he was Chief Technology Officer and Director of Product Development, and brings more than 21 years of experience in software engineering. James has a passion for everything data-related, trouble-shooting difficult problems, and teaching/training new staff on Clearwater’s technology and domain. James previously worked at Hewlett Packard and CQG Inc. as a developer and lead architect.

Gayatri heads Europe for Clearwater. Before joining Clearwater, Gayatri was CEO of AIM Software, a leading data management software provider. Previously, Gayatri was Head of Sales for Capgemini’s Capital Markets business. She started her career in consulting with Accenture in Australia and has built and scaled businesses across Europe, Asia-Pacific, and the US.

Gayatri holds a Bachelor of Engineering from Bombay University.

Subi has an Advanced Management degree from the Institute of Management Technology, Ghaziabad, and is a graduate in mathematics from Delhi University.

Alphonse Valbrune started his legal career at Skadden, Arps, Slate, Meagher and Flom, a leading law firm, where he specialized in corporate finance and mergers and acquisitions and worked on initial public offerings and public stock and debt issuances totaling over $2 billion. Following his time at Skadden, Alphonse served as the Deputy General Counsel, then General Counsel & Corporate Secretary, of Headstrong Corporation, a global IT services company, where he was an integral part of Headstrong’s executive leadership management team. Following the acquisition of Headstrong by Genpact, a global publicly held professional services firm, Alphonse has held several roles, most recently leading an international group of attorneys responsible for the commercial transactions of Genpact’s Banking and Capital Markets vertical, representing over $1 billion in revenue.

Alphonse holds an A.B. from Harvard College and a Juris Doctor from Columbia University School of Law.

Avallis to Automate its Investment Accounting and Reporting Operations with Clearwater’s Award-Winning, SaaS-Based Solutions SINGAPORE and... 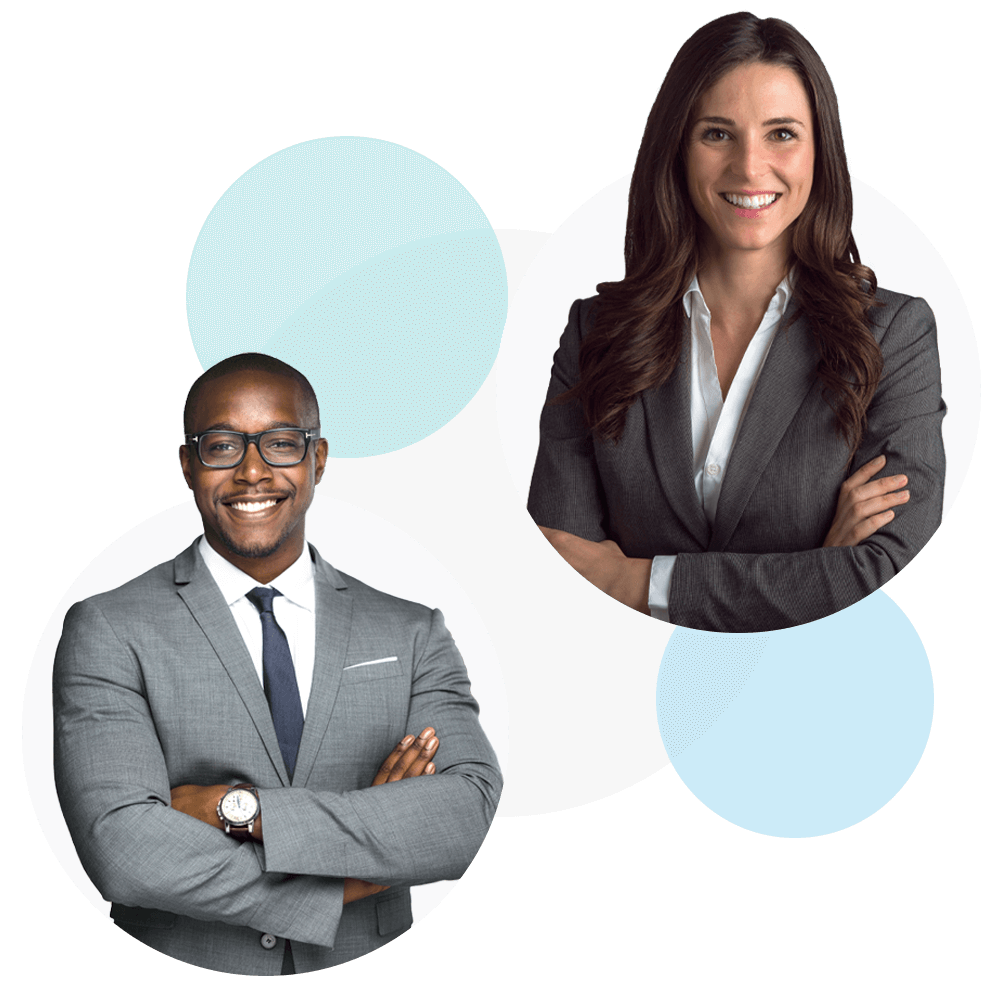 Are you ready to join a company that’s transforming the daily operations of some of the world’s largest and most-respected institutions? If so, we think you’ll like it here.

Our expertise is global.

We operate across 10 offices in 6 different countries, and we are continuing to grow. 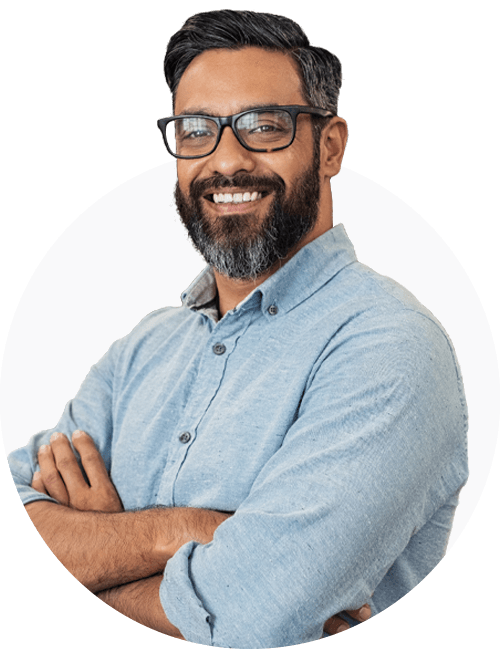 Learn why over 1,000 of the world's leading institutional investors rely on Clearwater's investment accounting and reporting solution.

Talk to an Expert
Our website uses cookies and forms for collecting data about our visitors and registered users. By clicking 'Agree and Close' you confirm that you have reviewed our Privacy Policy, and consent to the terms described.
Agree and Close
Manage consent

This website uses cookies to improve your experience while you navigate through the website. Out of these, the cookies that are categorized as necessary are stored on your browser as they are essential for the working of basic functionalities of the website. We also use third-party cookies that help us analyze and understand how you use this website. These cookies will be stored in your browser only with your consent. You also have the option to opt-out of these cookies. But opting out of some of these cookies may affect your browsing experience.
Necessary Always Enabled
Necessary cookies are absolutely essential for the website to function properly. These cookies ensure basic functionalities and security features of the website, anonymously.
Functional
Functional cookies help to perform certain functionalities like sharing the content of the website on social media platforms, collect feedbacks, and other third-party features.
Performance
Performance cookies are used to understand and analyze the key performance indexes of the website which helps in delivering a better user experience for the visitors.
Analytics
Analytical cookies are used to understand how visitors interact with the website. These cookies help provide information on metrics the number of visitors, bounce rate, traffic source, etc.
Advertisement
Advertisement cookies are used to provide visitors with relevant ads and marketing campaigns. These cookies track visitors across websites and collect information to provide customized ads.
Others
Other uncategorized cookies are those that are being analyzed and have not been classified into a category as yet.
SAVE & ACCEPT